Holly has been such an inspiration to my success! She is kind, generous and helpful in so many ways. Always with a smile, always with genuine interest and concern, she gives of herself and her time to share her knowledge and experience to help all those around her get better and continue to move forward.

Here is ‘My Story,’ which of course is a work in progress.  www.healthyfitnesstrainer.com

I recently came across some memories of my youth while sorting through boxes in the garage. I found an old photo plaque from Pop Warner Football that reminded me what a good student I was back in 1966. I also found a baseball signed by my former Little League teammates when I hit a home run in 1969. As a kid, I was a fairly accomplished, competitive athlete that evidently had quite a brain.

Fast forward to 2012 and I had to ask myself at 55 years old, “What the hell happened?” I had gone from being very active and athletic to lethargic, sedentary and overweight. Sure, I occasionally showed signs of my youth. There was the epic hike up Mt. Whitney and the Tour De Palm Springs Century Bike Ride where I knocked two items off my ‘bucket’ list. Yet, for the most part there was too little physical activity to be proud of and I ate like I was trying out for Man vs. Food. I desperately needed a change.

Like most overweight and out of shape people, I had tried many diet and exercise programs, yet my weight and physical condition always seemed to yo-yo because I hadn’t found a program I could stick to and I hadn’t found the right answer to my problems. In October of 2011 after hearing a little bit about the Beachbody program P90X and doing a fair amount of online research, I determined this was the right program for me.

P90X would be my shot at transforming myself into someone who I had not been in many years, yet longed to be like again. A more fit, vibrant, energetic and confident individual. Call it a mid-life crisis, a last ditch effort or whatever you want, I was determined to change.

At that time, my diet consisted of a large cup of coffee before hitting the road to the office. I would sometimes consume candy or other sweets while at work. I didn’t tend to eat lunch too often, but always topped off my day with a huge, calorie and starch laden dinner followed by an extra-large bowl of ice cream. At best, my metabolism was on life support and I was living very large for sure!

Since it was October and with my birthday, Thanksgiving and Christmas looming on the horizon, I made the excuse to eat whatever I wanted until January 3, 2012. That would be my start date.  It would have been so easy to blow it off, not do anything about my diet or health and continue my slow decline to the grave, but like I said, I was determined to start that day.

So, on that day, after weighing in at my highest weight ever, 273 pounds, I began by making a radical change to my eating habits. Ice cream, candy, cookies and cake were gone. White starches were eliminated. I start my days with ActiVit Multivitamin Formula and a hard-boiled egg. I also consume bananas, yogurt, tuna (without mayo), almonds and P90X Peak Performance Bars on a regular basis. My wife, Mary is kind enough to prepare me meals from the Beachbody Meal Planner and uses many foods recommended from Michi’s Ladder. Fruit re-entered my life after a 25+ year hiatus. Yes, I still have my coffee in the morning and eat meat, vegetables and fruit for dinner, but my food intake is very simple in nature and I eat smaller healthy meals every couple of hours, so I’m never hungry.

Daily, I’ll have a meal replacement called Shakeology. Beachbody calls it “The healthiest meal of the day.” After my daily workout, I also enjoy P90X Results and Recovery Formula. It tastes good and helps me re-energize from the intensity of the workout.

P90X arrived shortly after and I began the physical part of the journey. Make no mistake about it, P90X is a serious world class workout program and it will challenge you. It is a series of 12 DVDs that uses ‘muscle confusion’ as its premise. Muscle confusion means you’ll never work the same muscle groups two days in a row and it works all of your muscle groups to help provide you with the maximum results in the shortest period of time.

I felt that if I lost 35 or 40 pounds, could fit back into 36 inch pants and lost my ‘moobs’ (man boobs,) I would be good to go. I had set my sights way too low. With this powerful combination of proper eating and a world class workout, the weight melted off very quickly. I’m still shocked by the fact I was able to lose 56 pounds in the first 90 days.

With the urging of a fellow P90X user, I entered the Beachbody Challenge. The contest rules are fairly simple. You take a before and after picture of yourself and answer some questions in short essay format. Since I am at such an advanced age, I fell into the 50+ category. One day after leaving my office and walking to the parking lot, I looked at my cell phone and saw I had an email from Beachbody. I enlarged it to try and read it, but dismissed it as someone who was messing with me.

Once I arrived home, curiosity got the best of me and I looked at the email again. It said I had won the monthly contest.I couldn’t believe what I was reading! The next morning, I called Beachbody to find out if this was true. Turns out it was and I had won $1,000 and  had been voted as the best 50+ male transformation in the Country! Here is my winning the April 2012 Beachbody Challenge contest page from the Beachbody site: Jeff’s Winning Story.

Since I had such great success with the first 90 days, I decided another 90 days of P90X was in order, so I stared Round 2 right away. In Round 2, I was able to drop another 26 pounds and for the first time in my life, I had defined arms and shoulders. I had also lost many inches around the middle. When I started this adventure, I was spilling out of 38 inch and 40 inch pants. At this point, I’m now able to wear 32 and 33 inch waist pants.

I took action by joining a Saturday morning Fit Club hosted by Holly Hierman, where I could get in an extra workout with like-minded people. I also became an Independent Beachbody Coach out of my need and desire to pay it forward and help end the trend of obesity in this country. I now get to help people get fit and healthy by offering FREE Coaching. Round 2 was completed on 7/17/2012 and Round 3 started the next day.

Round 3 has been more about my core. I had never had much upper body strength or definition, but P90XR has cured this. My core is becoming more and more taut and my arms and shoulders continue to get more impressive. 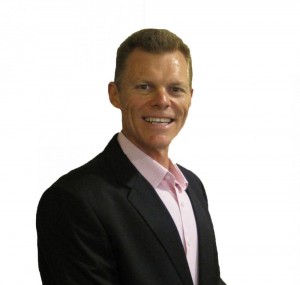