Skip to Content
Home Blog About Who Is Holly? Sometimes You Just Need to Wear A Crazy Shirt 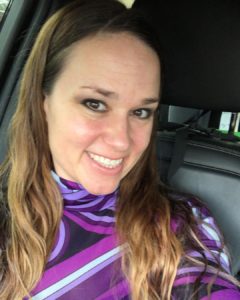 Because sometimes you just need to wear a crazy shirt! I’ve always been the type of person that wants to be different, not drink the same koolaide as everyone else and quite frankly, it’s both served me and hurt me at times. It’s ok though because I like to be different. I think there’s power in not doing the “norm”.

I believe we are all called to different things and I never want to look back on my life and wonder what I could have done if I had worried less about what others thought of me. Now, I am not talking about everyone when I say I don’t care, simply that I am only concerned with the ones that matter most to me. Those include Jesus, my husband, my children and a handful of those people closest to me.

Those were all things I was told and truly believed myself UNTIL I decided NOT to listen to the negative thoughts in my head and what surrounded me. I encourage you today: be different, stand out, do what makes you feel awesome, even if others won’t agree with you.